Peelers Yard is perfect for investors interested in the UK's best buy-to-let locations. 7% yield forecast in one of Manchester's most historic and unique sites.

Peelers yard is a new residency in Manchester’s New Cross, for those carving a life for themsevles in a busy city

Those that believe everything should have a reason for being, a story to tell.

to share the spaces with those around them, and feel a kinship with their neighbours.

Peelers Yard is for the modern biographers 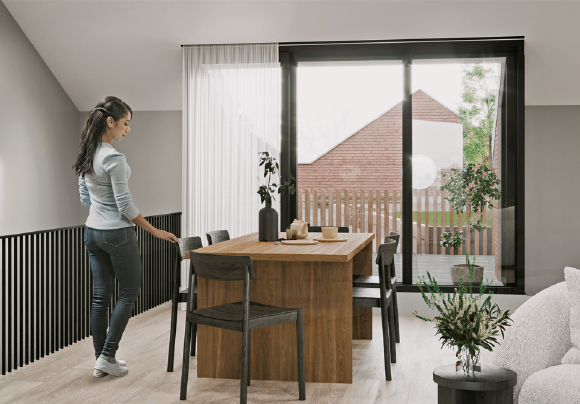 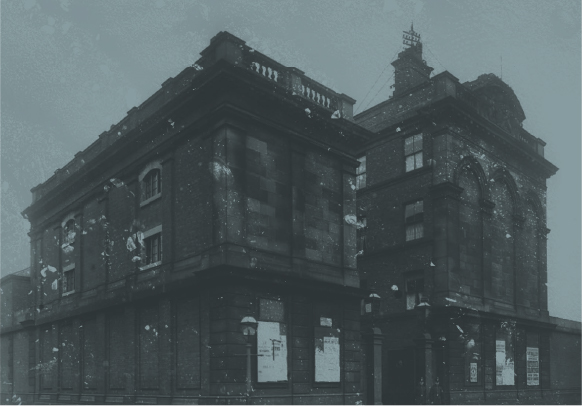 Peelers Yard is a brand new apartment block, built on the site of an 1800’s police station in Manchester’s newest neighbourhood, New Cross.

The building has been designed to celebrate the remaining Grade II listed building on the site, incorporating the original chimney, that still stands today as a beacon for the area.

Mixing this historical story with modern interiors, Peelers Yard is the perfect embodiment of a modern building, with a story to tell. 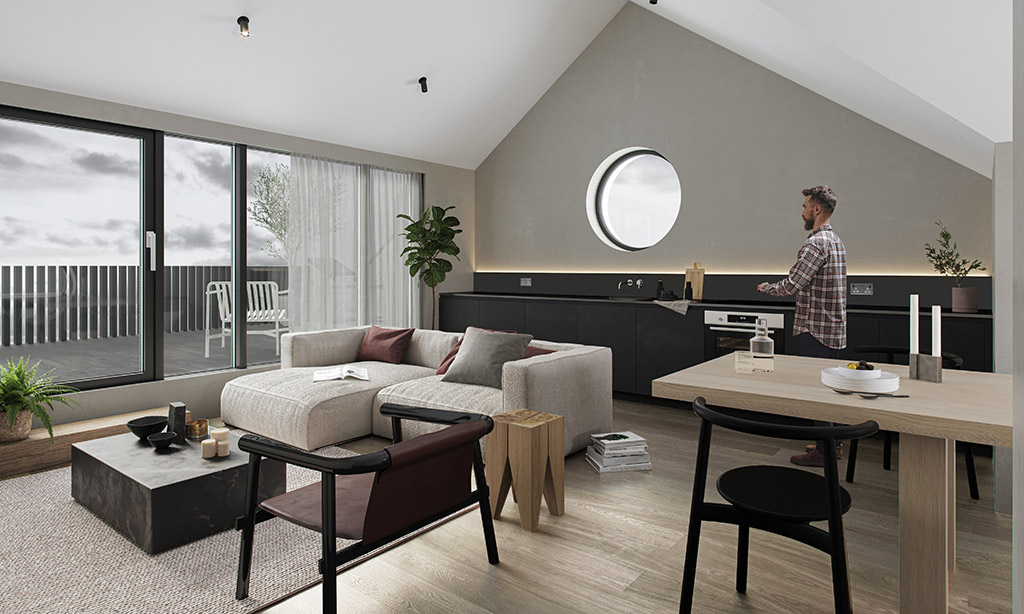 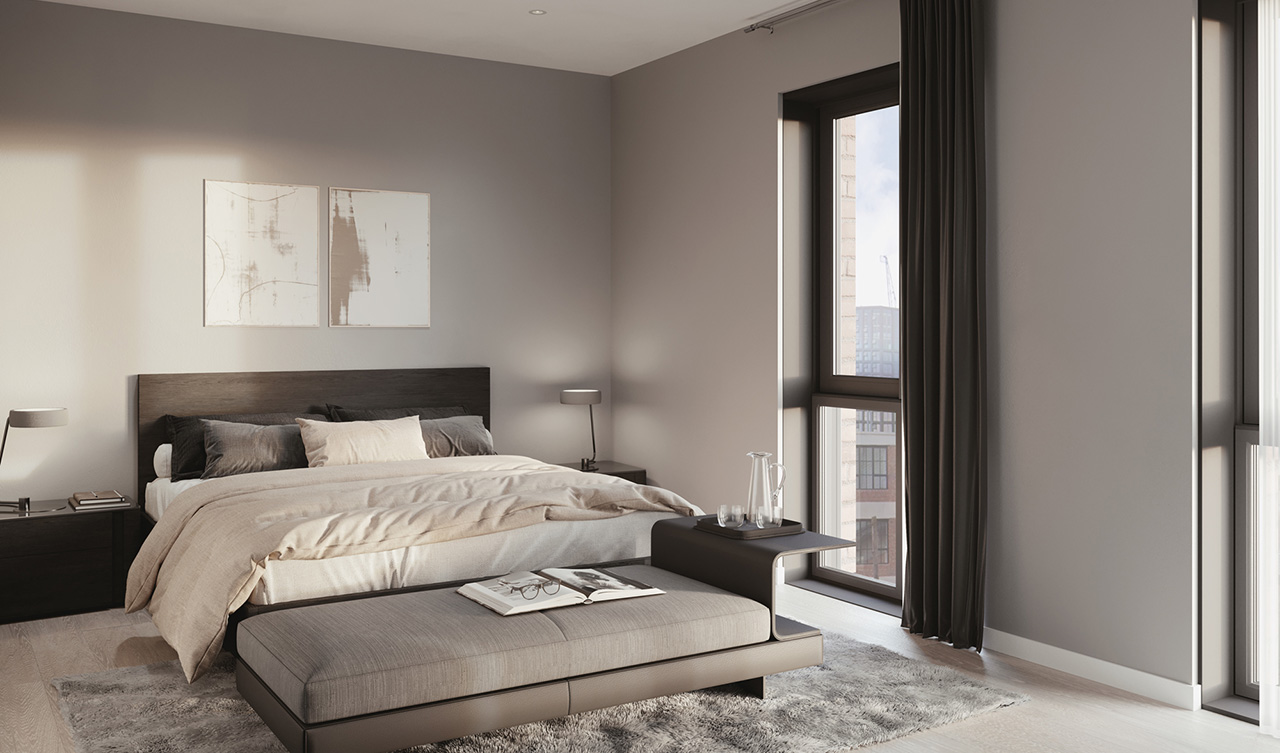 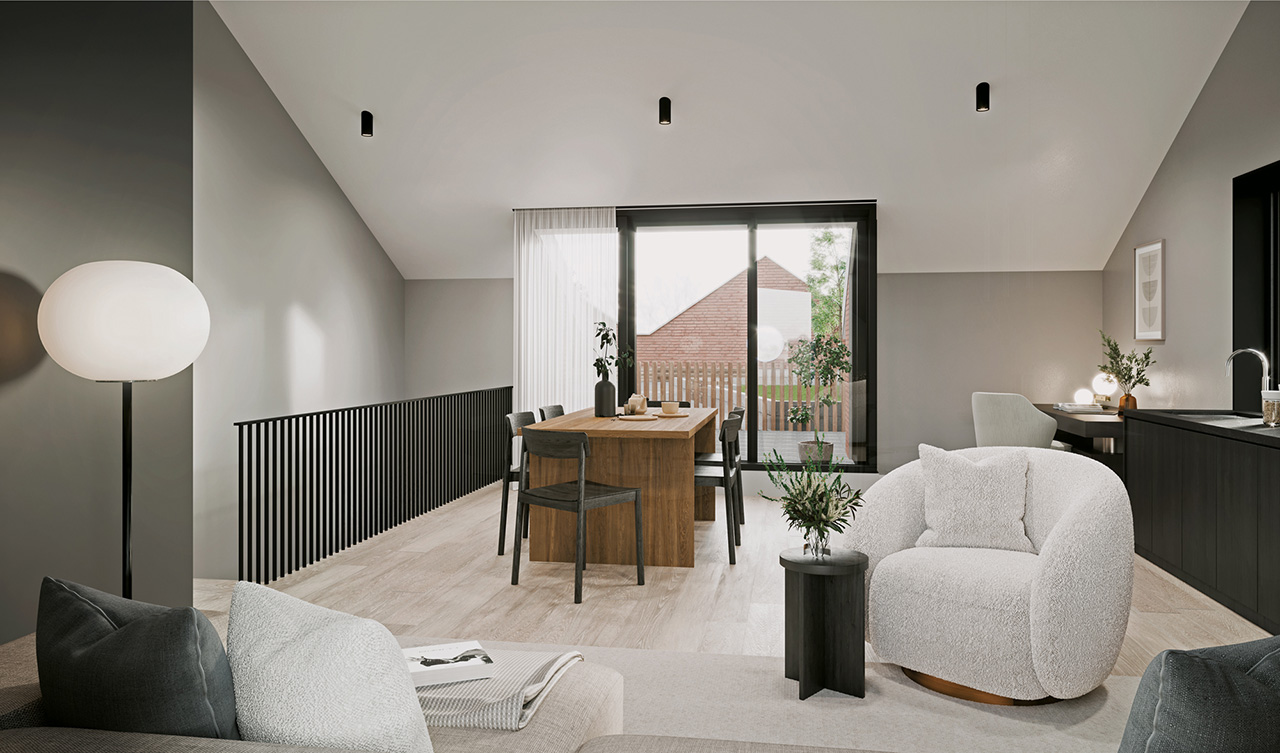 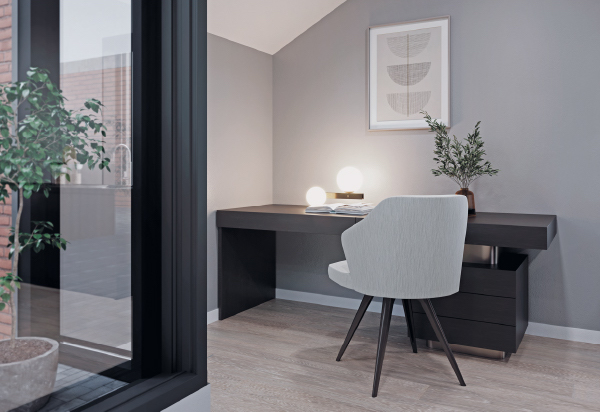 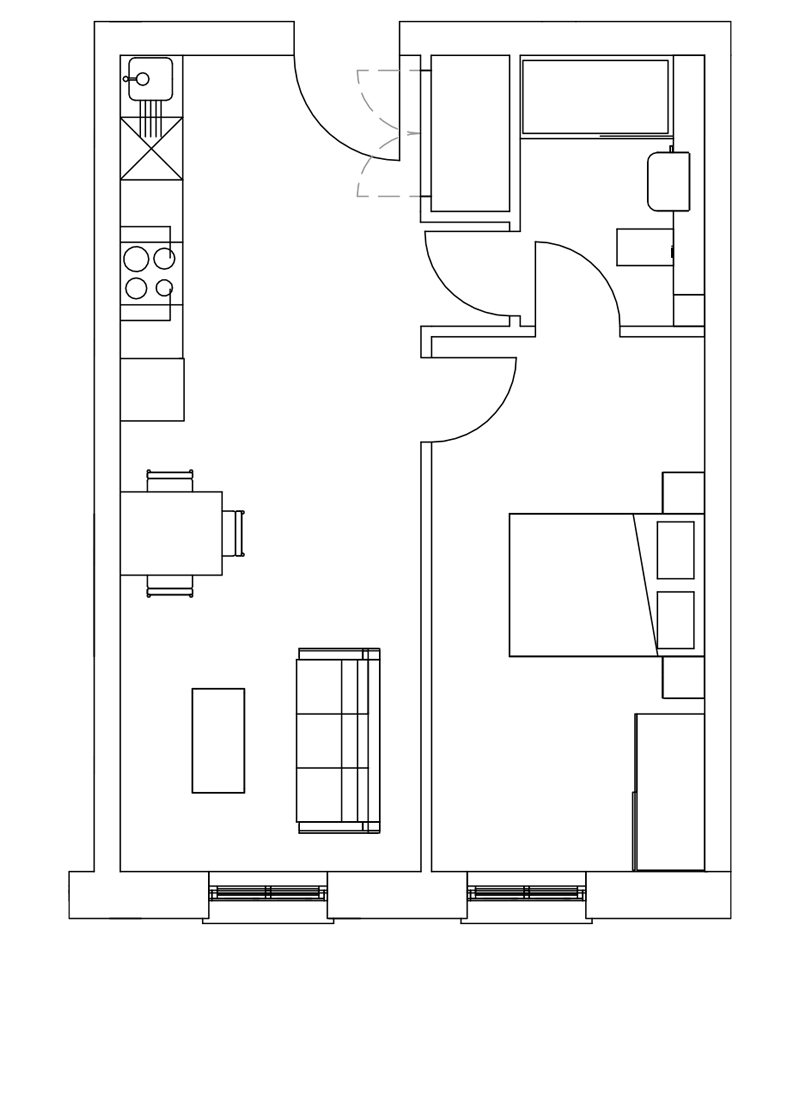 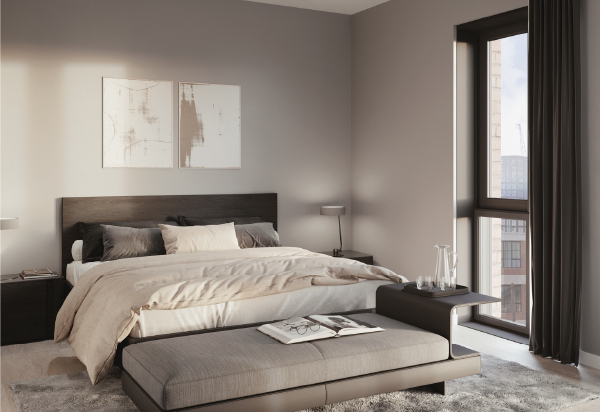 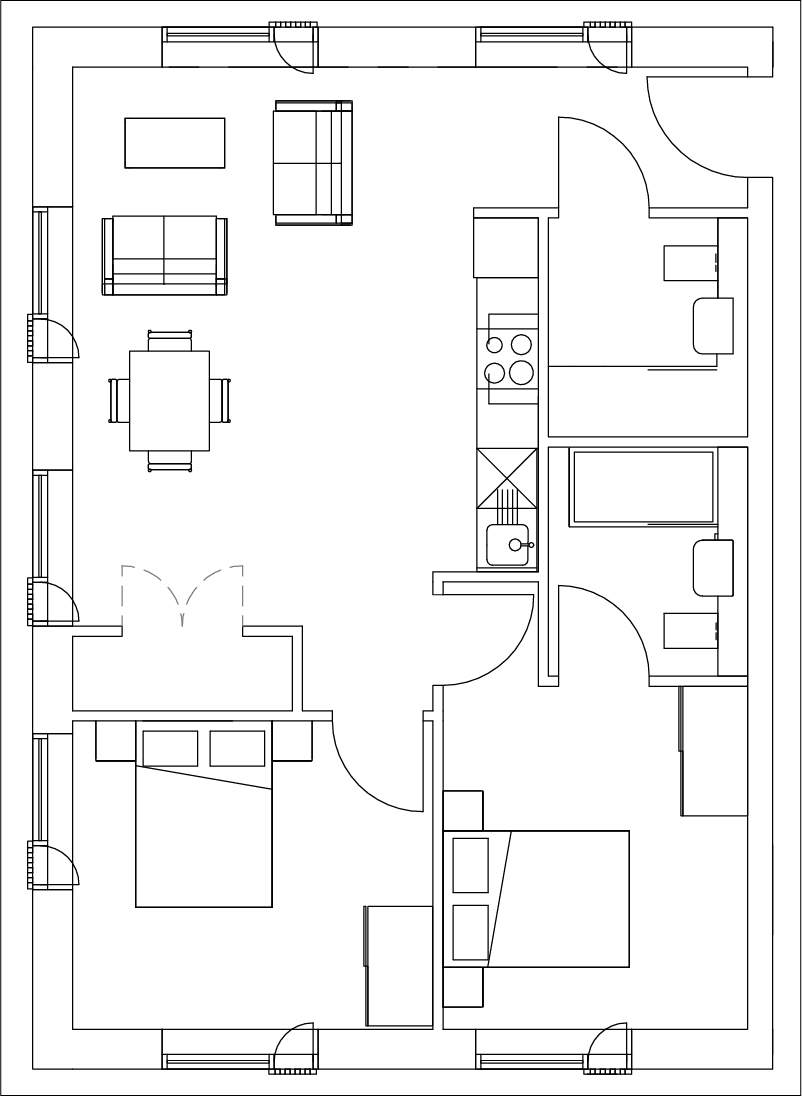 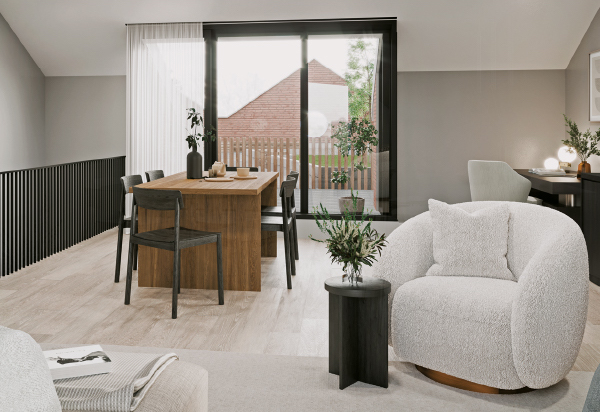 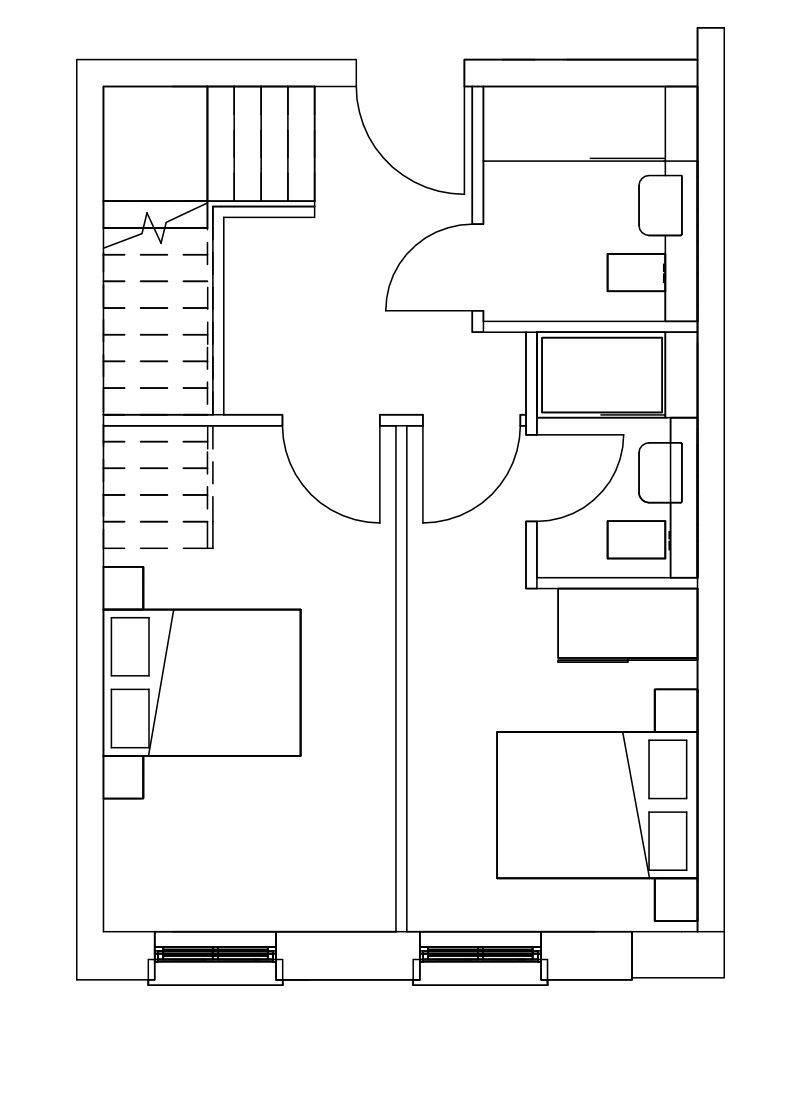 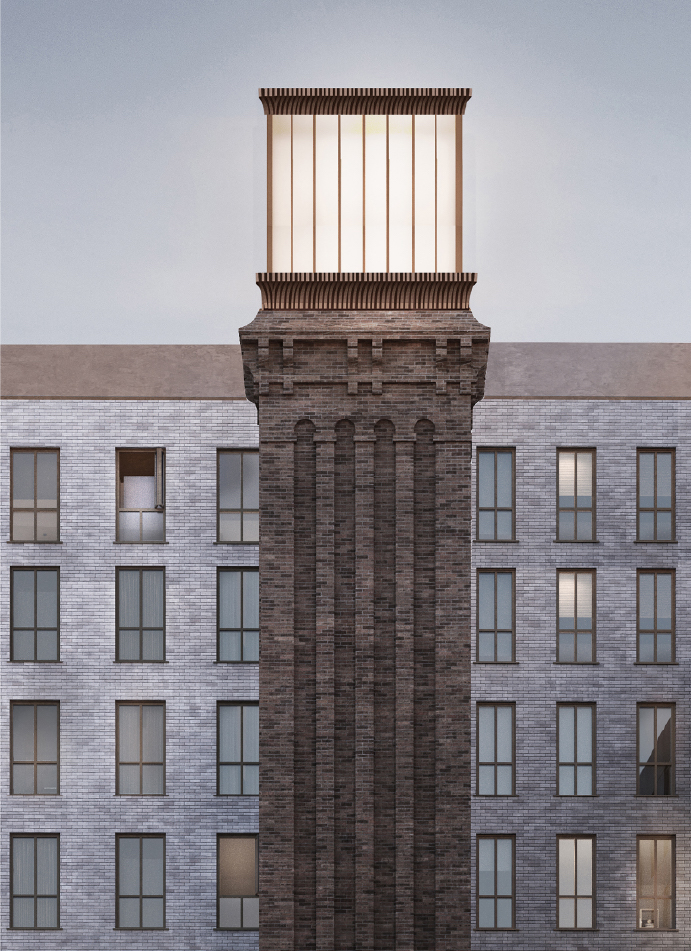 The site has been designed around the prominence of the original chimney.

The original chimney on site has acted as a beacon ever since it was built, and the development has been designed to retain the integrity of the chimney. But the historical beacon is more than just retained, it’s adapted to take a modern form with the addition of a ‘lantern’ to the top of the existing structure. A modern element helping to reinforce the site’s heritage and bringing the structure in line with the area’s regeneration.

The base of chimney also becomes part of the private amenity space, integrating communal activities such as a pizza oven or open fire place.

Delivering a long lost neighbourhood feel to one of Manchester's most historic sites. 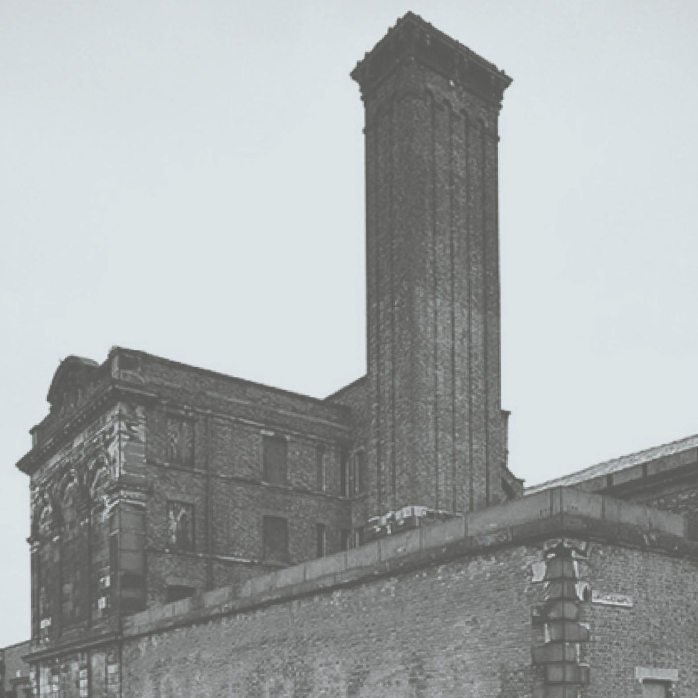 Manchester grew rapidly during the first half of the century, due to trade and transport innovations. The streets set back from the area around Rochdale Road were originally an early middle class suburb of Manchester. However, by the early 19th century, mills and other industrial trades ruled the district, with small streets and courts between and around the industrial premises.

Designed by J.G. Lynde, who designed several police stations in Manchester in the 1800’s. Goulden Street station was created to protect Ancoats, a notoriously lawless area, and this required something more akin to a fortress. The result is a unique and forceful monumental design. To the street, a high windowless façade has a giant blind arcade topped by a pediment, all in stone.

In 1920, the Fire brigade left the building and handed it solely to the Police. By this time the population of the area surrounding Rochdale Road had grown to roughly 30,000. However, the thriving economic activity generated by nearby industrial factories and foundries began to diminish due to the decline of the cotton industry in the 1930s. Industry further declined and housing deteriorated further into slums amongst the derelict factories.

Cotton processing and trading continued to fall after the second world war, leaving many of the mills deralict, and New Cross, as a neighbourhood began to fall into ruin. Eventually in 1982, the Manchester Port eventually closed, further compounding the industrial demise.

Heavy Industry suffered a downturn from the 1960s and was greatly reduced under the economic policies followed by Margaret Thatcher’s government after 1979.

In 1992, the building was awarded Grade II listing.

In 2002, the Grade II listed structure was now used as a firework store, and subsequently suffered severe damage during a fire, leaving only the prominent chimney standing within the ruins.

As a stonghold of New Cross for generations, this building has become iconic in the area, especially the sole standing chimney.

Mulbury City specialise in the procurement and delivery of quality housing and residential projects, as well as the support services that are vital to creating vibrant and successful building projects.

Their dedication to creating places that are great to live in as well as to look at means producing fresh and imaginative schemes that help to enhance residents' lives and support sustainable communities.

The proposed developments, on sites in Bendix Street, Oldham Road and Goulden Street, would create a total of 378 new apartments. 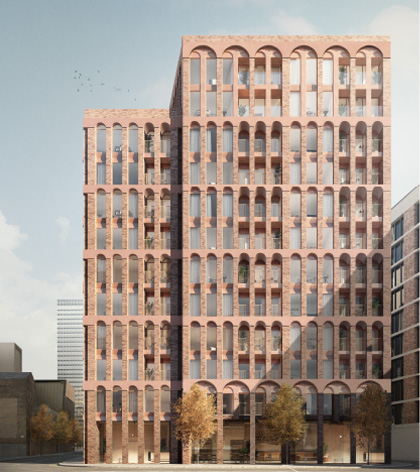 Not available on the open market. 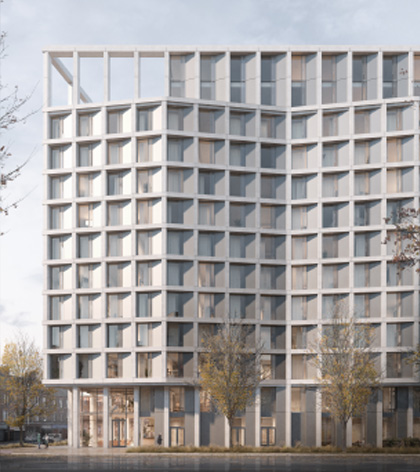 The Bendix Street scheme would see a 13-storey building of 161 private rental apartments developed where the site meets the corner of Thompson Street and OIdham Road. It would feature communal lounges, an extensive roof terrace and ground floor commercial space.

Not available on the open market.

To find out more information about Peelers Yard or to speak to a member of the sales and marketing team please fill out this form.

Alternatively call the number below

By far the best experience I've had from a letting company